This tour offers beautiful Himalayan views, stunning landscapes, mixed culture, temples and monasteries.&nbsp; Read more
This scenic holiday idea in the foothills of the Eastern Himalayas has been created for those with an interest in the history of the British Indian Empire, the colonial outpost of Darjeeling and the neighbouring region of Sikkim.

Sikkim is a state in northeast India, bordered by Bhutan, Tibet and Nepal. Part of the Himalayas, the area has a dramatic landscape that includes India’s highest mountain, 8,586m Kangchenjunga.

You are met at the airport and transferred to Gangtok, the capital of Sikkim. On arrival in Gangtok
check in at the hotel.

In the morning visit the Research Institute of Tibetology the most prestigious one of its kind built in
1958 by the last Choegyal to preserve Tibetan culture, houses a library of more than 30,000 books onBuddhism, astrology, medicine and philosophy as well as a collection of thangkhas (Tibetan religiouspaintings on cloth). Today it is a renowned world-wide centre for the study of Buddhist philosophyand religion.
After lunch visit the Deer Park. Set amongst the picturesque dales and mountains of Sikkim it is basedon the model of a similar one in Sarnath, in homage to the Bodhisattva who got reincarnated as amusk deer.
Also visit the Government Handcrafts Centre instituted with the aim of promoting and keeping alivethe state's traditional art and crafts. The Centre is a storehouse of hand-woven woollen carpets withtraditional motifs, blankets, shawls in Lepcha weaves and exquisitely carved choktse tables.

After breakfast visit Rumtek, which lies 23 km west of Gangtok. The monastery belongs to the Yellow Hat Karmapa sect, a reformist branch of Tantric Buddhism, founded in the 15th Century. Built in the 1960s, the monastery is traditional in design and is a replica of the original Kagyu headquarters in Tibet, which were destroyed at the time of the Chinese take-over. The monastery houses some of the most unique religious art objects and is the largest one of its kind outside Tibet. Overnight at the hotel.

After breakfast, depart on the drive to Kalimpong, quiet hill resort once the former headquarters of the Bhutanese governor. Kalimpong is a sleepy little town that is situated at an altitude of 1,200m, it was once the hub of the trans-Himalayan trade between India and Tibet-merchants used
to ferry goods by mule caravans over the Jelepla Pass on the Sikkim-Tibet border. The name of this town has historic significance. Kalimpong was once the headquarters of a Bhutanese Governor. The word "Kalim" stands for "the King's minister" and the word "Pong" means "stronghold"; hence "Kalimpong" means "the stronghold of the King's minister". In the afternoon visit Tharpa Choling at Tirpai, the largest Yellow Hat sect Buddhist monastery in Kalimpong, which houses a library of Tibetan manuscripts and thangkas. The Zang-dog Palrifo Brang monastery on Durpin Dara Hill is smaller and of more recent construction. Overnight at the hotel.

After breakfast, depart on the drive to Kalimpong, quiet hill resort once the former headquarters of the Bhutanese governor. Kalimpong is a sleepy little town that is situated at an altitude of 1,200m, it was once the hub of the trans-Himalayan trade between India and Tibet-merchants used to ferry goods by mule caravans over the Jelepla Pass on the Sikkim-Tibet border. The name of this town has historic significance. Kalimpong was once the headquarters of a Bhutanese Governor. The word "Kalim" stands 3 for "the King's minister" and the word "Pong" means "stronghold"; hence "Kalimpong" means "the stronghold of the King's minister". In the afternoon visit Tharpa Choling at Tirpai, the largest Yellow Hat sect Buddhist monastery in Kalimpong, which houses a library of Tibetan manuscripts and thangkas. The Zang-dog Palrifo Brang monastery on Durpin Dara Hill is smaller and of more recent construction. Overnight at the hotel.

Early morning excursion to Tiger Hill, to see the sunrise. Situated at an altitude of 2590 metres (8482 ft.) and 13 kms from the town, this spot have earned international fame for the magnificent view of the sunrise over "Kanchenjunga" and the great Eastern Himalayan Mountains. Even Mount Everest, the world's highest peak, is also visible from here (if the sky is clear).
After breakfast, enjoy Joy Ride on World Heritage Toy Train, from Darjeeling to Ghoom and back.
In the afternoon, explore this quaint hill station. At the centre of the town is the Mall, Darjeeling's commercial street, lined with souvenir shops which leads to Chaurastha, a square with a bandstand and several antique shops. The Observatory Hill is perhaps the oldest built-up site in Darjeeling. On Birch Hill to the north stands the Shrubbery, the residence of the Governor of West Bengal and further down along the Birch Hill Road is the Himalayan Mountaineering Institute previously headed by the late Tenzing Norgay. A museum displays the equipment used on the first successful expedition to Mount Everest.
The nearby Zoological Park specializes in high-altitude wildlife - yaks, Himalayan black bears, pandas, but is also has four Siberian tigers. Dominating the Mall is the Planter's Club, where planters from all over the area meet, particularly on Sundays. The Tibetan Refugee Self-Help Centre has a temple, school, hospital and a shop selling carpets, textiles and jewelry.

After breakfast depart on the 4-hour drive to Bagdogra. Connect with your onward flight home.

Accommodation on double / twin sharing basis for 6 nights, in hotels mentioned or similar

Personal tours of the tea estate and factory, and a tea tasting session at Glenburn.

Any Airfare for Domestic sectors within India or Abroad

Any other expense/changes due to unforeseen circumstances while in India

Any other thing not mentioned in program or “Cost Includes” 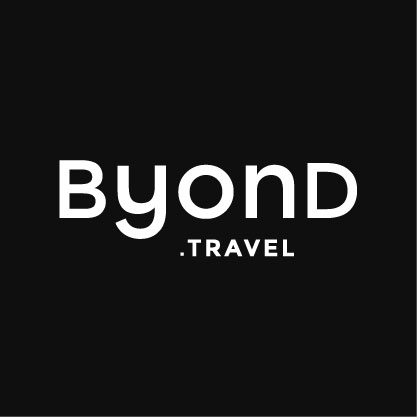 This Trip Is Operated By Byond Travel

We believe that travel is about going beyond the destination. It’s really about meaningful interactions with people, arts, music, food, culture and communities around the world. And so we’re on a mission to help the modern traveller experience more.

This June, pack your bags  and embark on an incredible journey through Ladakh!You'll join an ...  Read More

This scenic holiday idea in the foothills of the Eastern Himalayas has been created for ...  Read More

See all our departures to India. Choose from a wide variety of travel styles, hundreds of departure dates and budget choices.

View All Departures For India